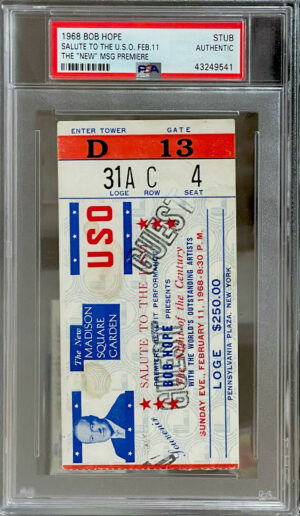 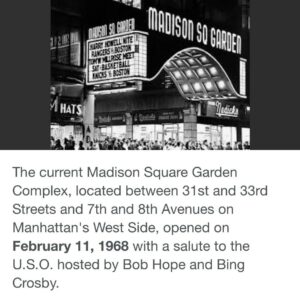 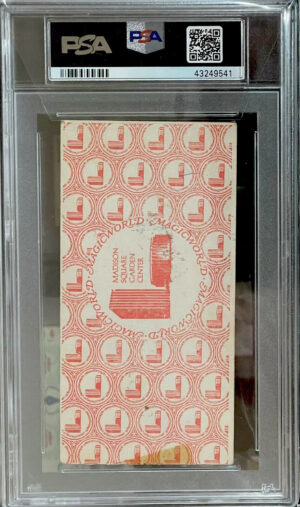 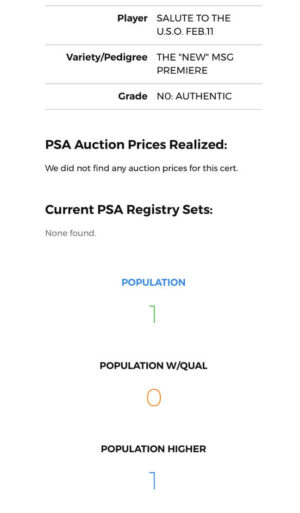 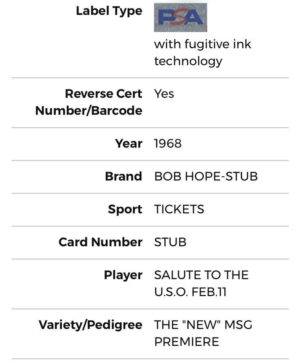 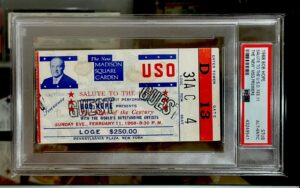 Historical event February 11 1968, Bob Hope preforms for the U.S Troops VIP Ticket (PSA) encapsulated. The opening of Madison Square Garden / only 2 in Population according to PSA.

The new Madison Square Garden had a historic and glittering premiere, 19,832 persons paid $10 to $250 a seat to attend a “Salute to the USO” and be entertained by the antics of such performers as Bob Hope and Bing Crosby.

The current Madison Square Garden Complex, located between 31st and 33rd Streets and 7th and 8th Avenues on Manhattan’s West Side, opened on February 11, 1968 with a salute to the U.S.O. hosted by Bob Hope and Bing Crosby.