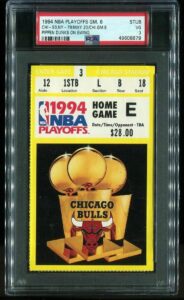 The setting was Game 6 of the Eastern Conference Semifinals between the Bulls and their rival Knicks at Chicago Stadium on May 20th of 1994. The moment was when Scottie Pippen threw down arguably the best poster dunk of all-time on Patrick Ewing.