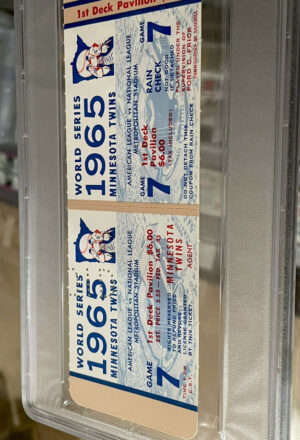 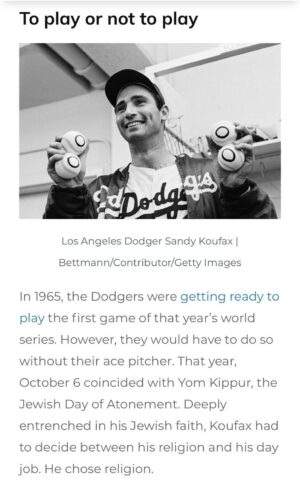 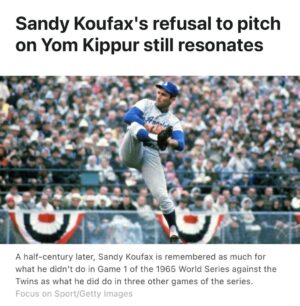 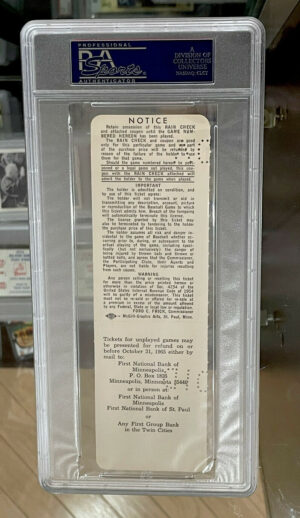 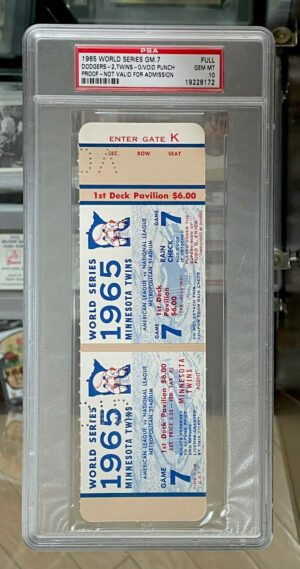 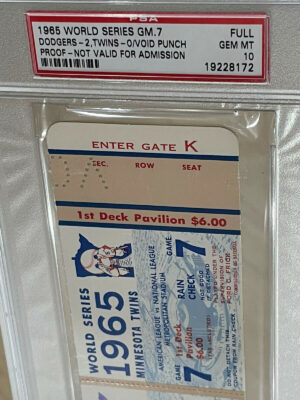 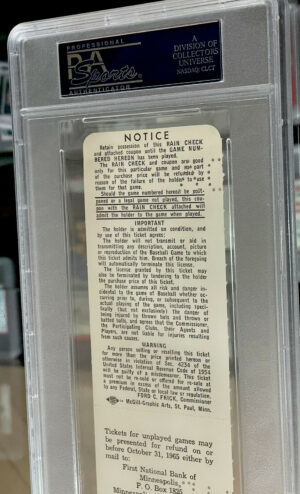 Sandy Koufax famously chose not to start Game 1 of the 1965 World Series for the Dodgers because it fell on Yom Kippur, a very holy Jewish holiday. Unfortunately for the Minnesota Twins, there were no Jewish holidays that would prevent Sandy Koufax from pitching for the Los Angeles Dodgers in Game Seven of the 1965 World Series. As a result, he came. He pitched. He shut the Twins out, 2-0!