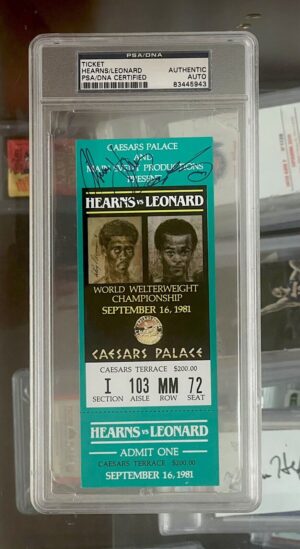 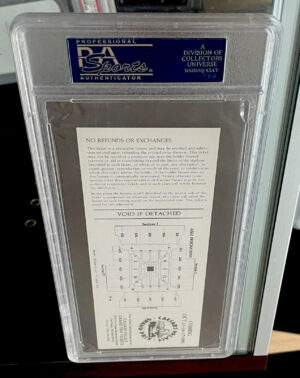 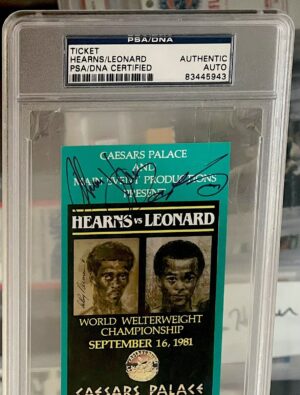 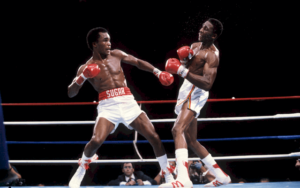 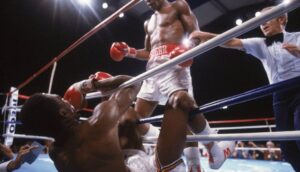 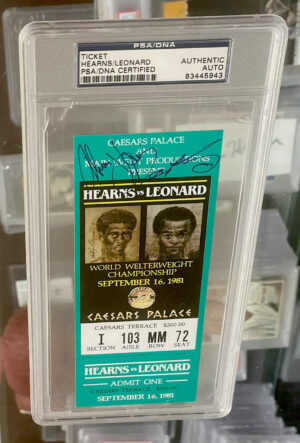 Sugar Ray Leonard vs. Thomas Hearns, billed as The Showdown, was a professional boxing match contested on September 16, 1981 for the WBA, WBC, and The Ring welterweight titles.

“Sugar” Ray Leonard versus Thomas Hearns was one of the biggest super fight matchups boxing fans could be gifted.

Leonard and Hearns finally met in the ring, but it was Leonard who came out on top with a TKO over Hearns for the WBC and WBA world welterweight titles. The two boxers would meet again eight years later where it was declared a split decision.

But in Round 13, Hearns nearly hit the mat, clinging onto the ropes.

Leonard walked away the winner.