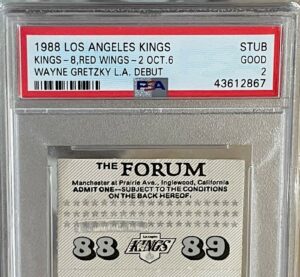 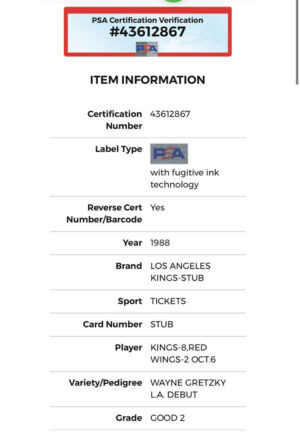 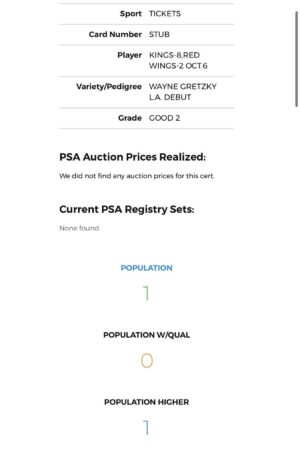 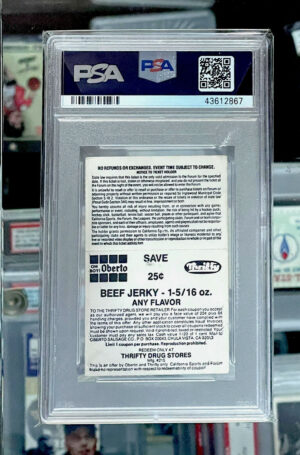 Wayne Gretzky’s debut with the Los Angeles Kings is a Hollywood smash.

Gretzky, acquired by the Kings in a trade with the Edmonton Oilers less than two months earlier, scores on his first shot and assists on three other goals in an 8-2 victory against the Detroit Red Wings.

The game draws a full house of 16,005 to the Forum in Inglewood, California. It’s the first opening-night sellout for the Kings since entering the NHL in 1967.

The Kings named Gretzky their alternate captain. He made an immediate impact on the ice, scoring on his first shot on goal in the first regular season game.The Kings got off to their best start ever, winning four straight en route to qualifying for the playoffs. Despite being underdogs against the defending Stanley Cup Champion Edmonton Oilers in the Smythe Division semifinals, Gretzky led the Kings to a shocking upset of his old squad, spearheading the Kings’ return from a 3–1 series deficit to win the series 4–3.

Gretzky’s first season in Los Angeles saw a marked increase in attendance and fan interest in a city not previously known for following hockey. The Kings now boasted of numerous sellouts. Many credit Gretzky’s arrival with putting non-traditional American hockey markets on “the NHL map”; not only did California receive two more NHL franchises (the Mighty Ducks of Anaheim and San Jose Sharks) during Gretzky’s tenure in Los Angeles, but his popularity in Southern California proved to be an impetus in the league establishing teams in other parts of the U.S. Sun Belt.