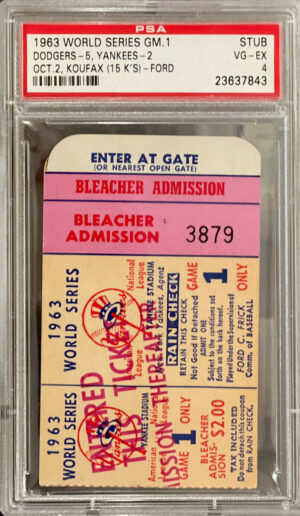 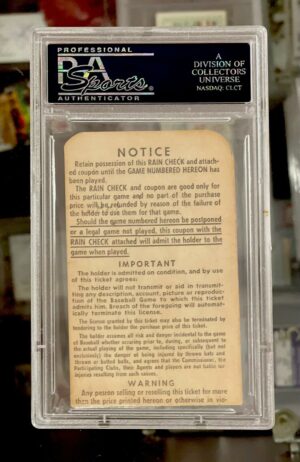 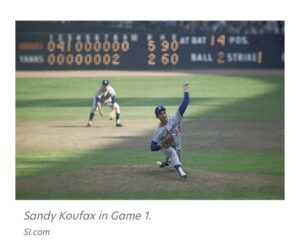 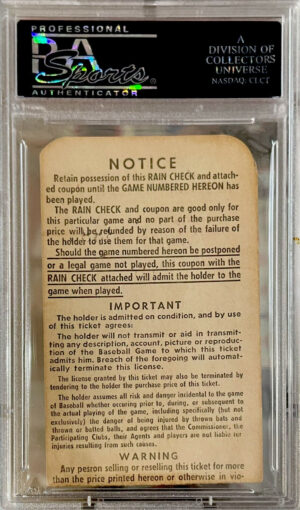 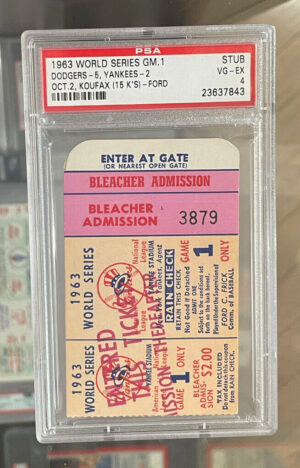 The 1963 World Series matched the two-time defending champion New York Yankees against the Los Angeles Dodgers, with the Dodgers sweeping the Series in four games to capture their second title in five years, and their third in franchise history. Starting pitchers Sandy Koufax, Don Drysdale, and Johnny Podres, and ace reliever Ron Perranoski combined to give up only four runs in four games. The dominance of the Dodgers pitchers was so complete that at no point in any of the four games did the Yankees have the lead. New York was held to a .171 team batting average, the lowest ever for the Yankees in the post-season.
Champions: Los Angeles Dodgers
MVP: Sandy Koufax (Los Angeles)