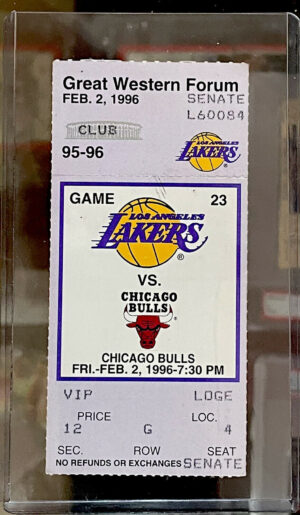 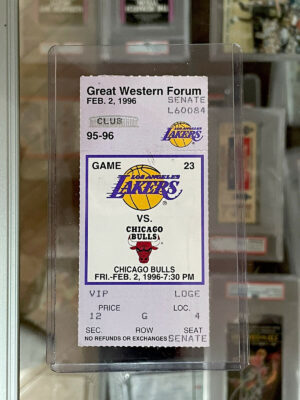 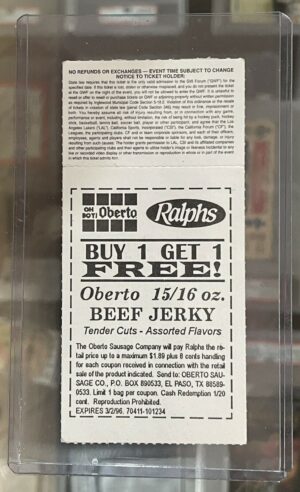 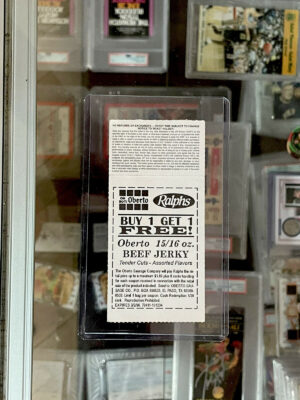 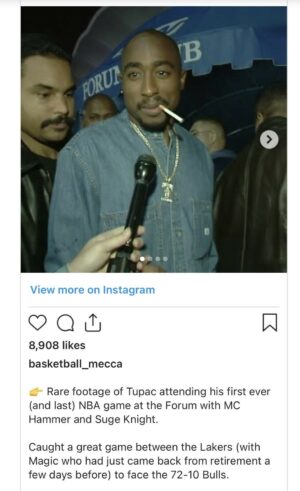 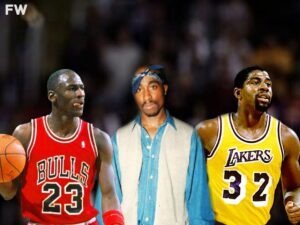 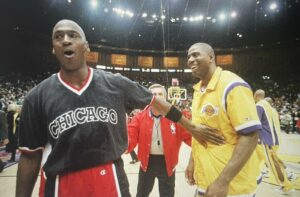 Michael Jordan and the Chicago Bulls vs The Los Angeles Lakers entitled “Magic’s Back” Ticket.

It was a star studded event to say the least, but the celebrity that caught the most buzz was Tupac Shakur, and it ended up being the last sporting event he ever attended.

The game was an exciting one because it was the return of the retired Magic Johnson who led the Lakers to battle on their home floor against the 41-3 Bulls who would only lose 7 more games the rest of the season. The final score was 99-84.

The last game TUPAC SHAKUR ever attended was this classic, Magic Johnson and the Los Angeles Lakers took on Michael Jordan and the 72-10 Chicago Bulls. Tupac entered the stadium to fans pleading for autographs and pictures because he was a rockstar after all!

This was the last game Michael Jordan and Magic Johnson played against each other.