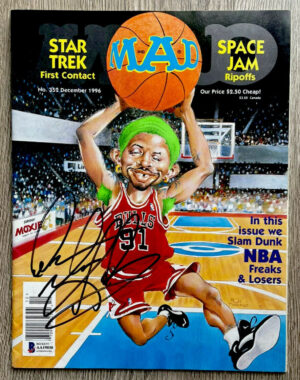 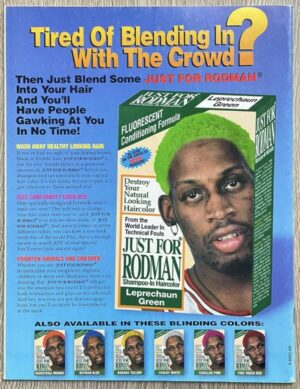 Vintage DENNIS RODMAN Autographed & Beckett Authenticated MAD Magazine, Celebrity and former basketball player for debatably the greatest basketball team of all time the Chicago Bulls along with Michael Jordan and Scottie Pippen, he was also a part of the historic “Bas Boys” Detroit Pistons.

Dennis Rodman is an American former professional basketball player and unofficial US Peace Ambassador to North Korea. Nicknamed “the Worm”, he is known for his fierce defensive skills and being the greatest rebounder ever to play the sport!