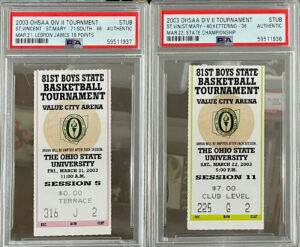 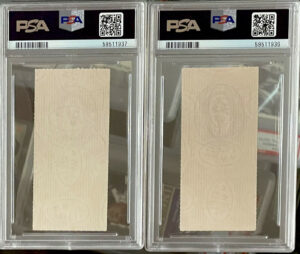 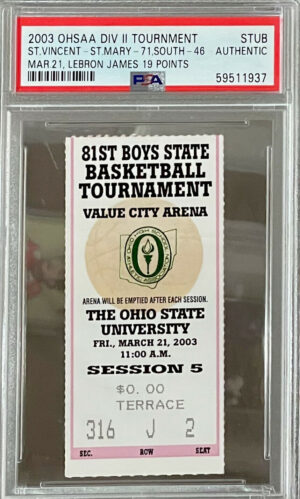 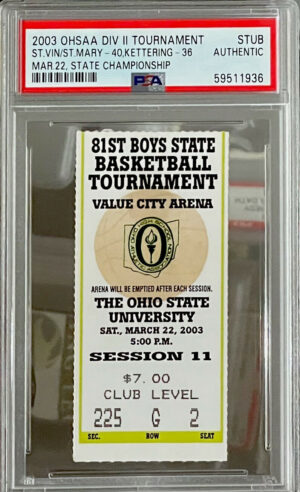 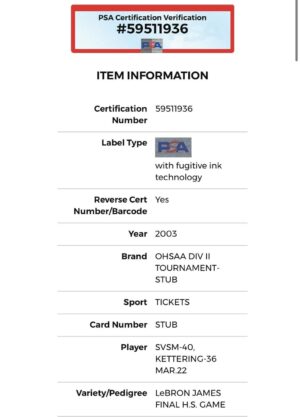 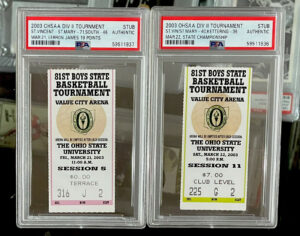 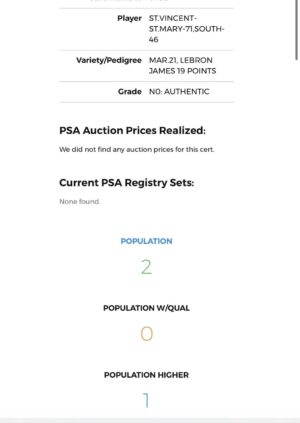 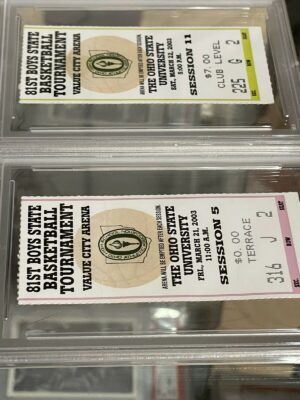 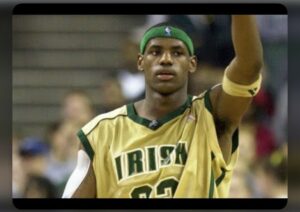 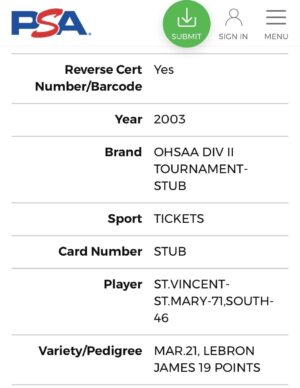 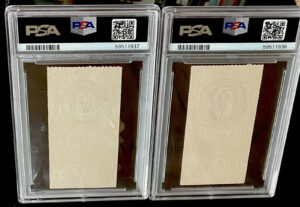 The biggest High School sporting event of all-time! The OHSAA 2003 Tournament, back-to-back nights (2 Tickets) of LeBron James last two games of his senior year in high-school, a few months later LeBron went on to be the #1 draft pick of the Cleveland Cavaliers and now debatably the greatest athlete in the world!

A STAR IS BORN!

On 1984 Dec. 30: James is born in Akron, the only child of teenage mom, Gloria James. He shares the same birth date with golfer Tiger Woods,

On March 22: In his final high school game, James leads St. Vincent-St. Mary to its third state title. Tickets to the championship game sell for as much as 20 times their $5 face value. Innocenzi estimates that the team generated between $350,000 and $370,000 that will go into the school’s general fund.