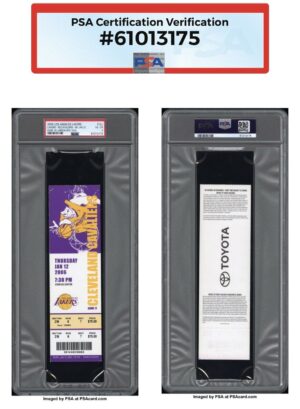 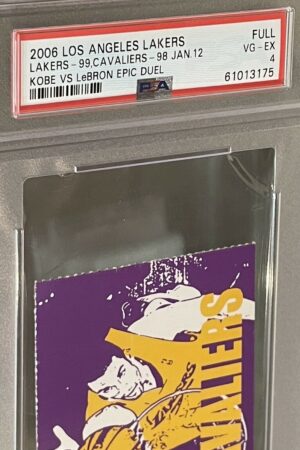 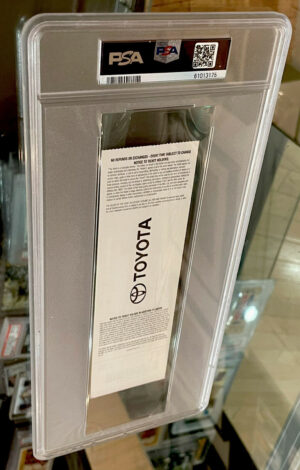 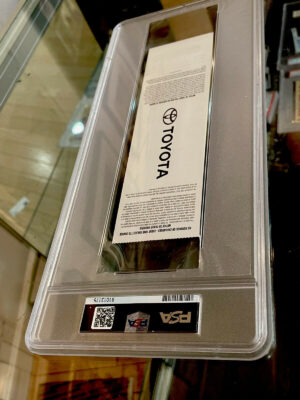 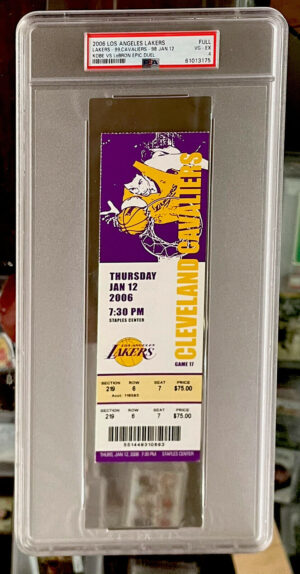 Lakers vs Cavaliers 2006 FULL-Ticket (PSA) 4 VG-Excellent. “The Epic Duel”. Only 1 in Population according to PSA.

Kobe Bryant in his prime 2006, the same season he scored 81 points against LeBron James early in his career, the battle of the GOATS and this game held up to the hype, “The Epic Duel” the best game out of all their matchups.

Kobe Bryant put on a show in the final 90 seconds despite a sore right wrist. Bryant scored his team’s last six points on three long jumpers including the go-ahead shot with 8.6 seconds left, and the Los Angeles Lakers beat LeBron James and the Cleveland Cavaliers 99-98.