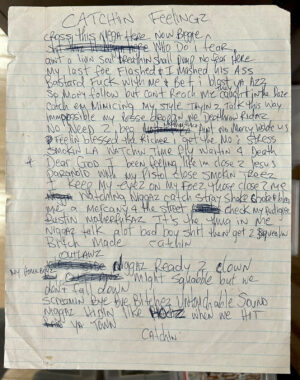 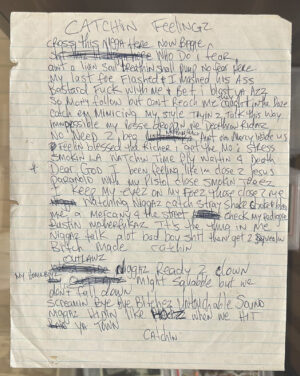 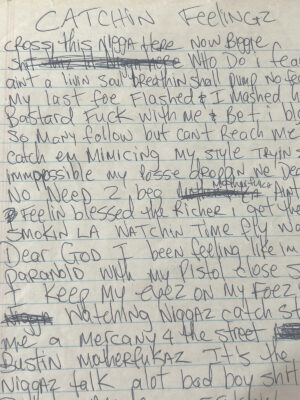 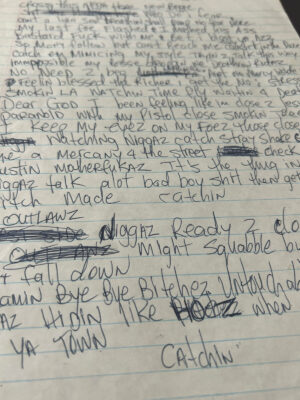 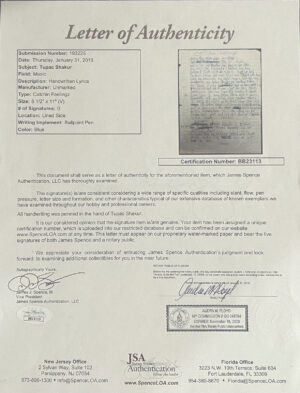 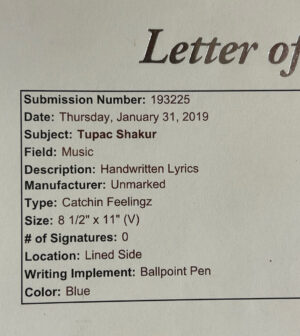 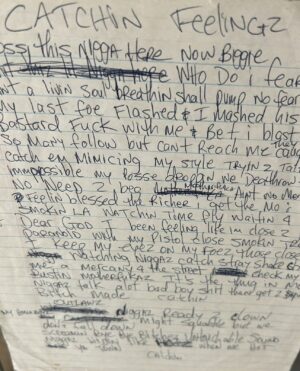 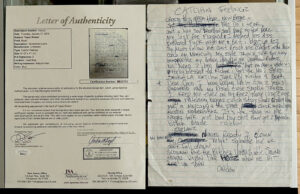 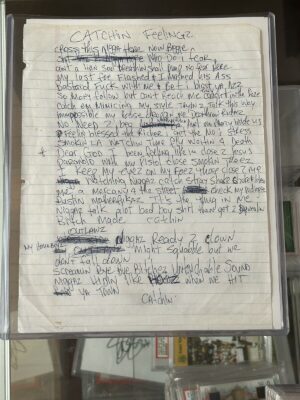 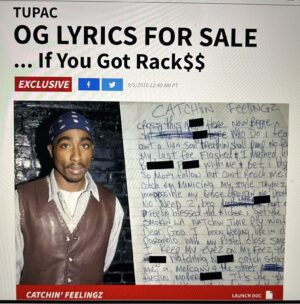 Back in the 1990s the East Coast versus the West Coast battle raged on whether the beef was real or some sort of genius promotional gimmick. We will never know, many of the people that could’ve answered this question are gone now, within a short period of time we lost two of the most influential, hip-hop artists, tragically, biggie and 2Pac. Fortunately, their memory and influence is not lost and still viable through the music they created.

Tupac Shakur a.k.a. 2PAC is considered by the Guinness book of records to be the best selling rap artist ever, he sold over 73 million albums worldwide and has 17 top 10 singles to his name.

presented is an example of hand written lyrics for the song, catching feelings by the artist himself Tupac Shakur he had a gift for it, eloquently expressing the problems and struggles of every day life, as well as calling out the issues he had with Biggie Smalls from Bad Boy records in particular, These are the lyrics, and they were hand written by 2Pac with out edit with some words that were crossed out in itself editing. All the writing is legible in 2Pac‘s handwriting in blue ballpoint pen, on lined notebook paper, important to note, rare and lyrical mentions of Biggie in the first verse, and Diss to Bad Boy in verse 18. Remember, at the time of the rivalry, the issues between them were hot And any form of disrespects would’ve been taken seriously!