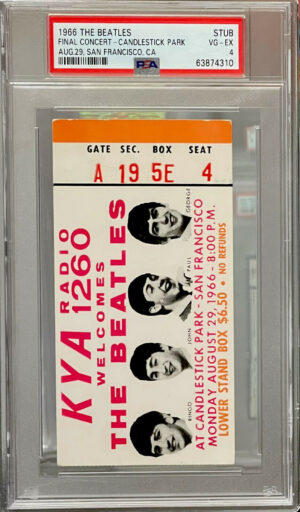 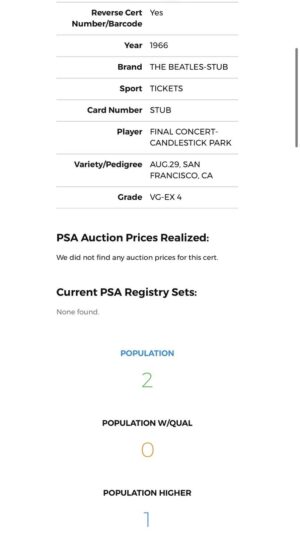 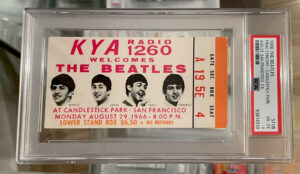 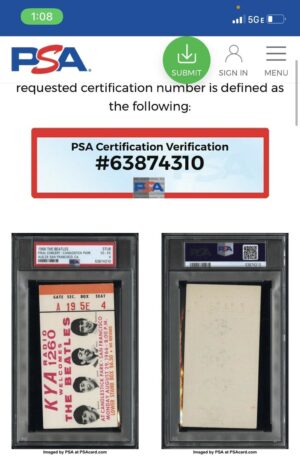 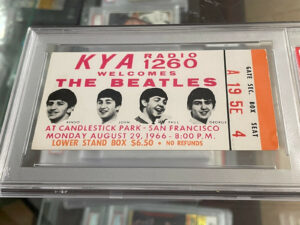 History was made on Aug. 29, 1966 as the Beatles played the nearly half-empty Candlestick Park to end a troubled, controversy-filled tour – then disappeared into the chilly San Francisco night.

ULTRA-RARE Only 1 with a higher grade according PSA.