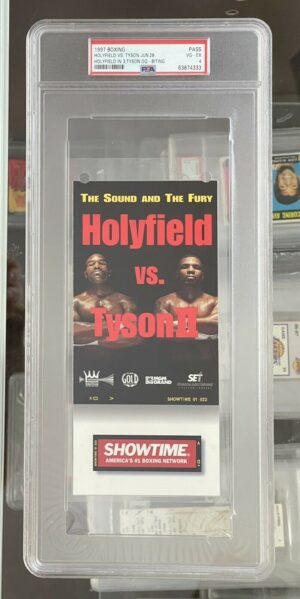 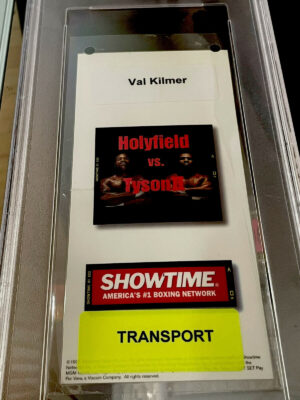 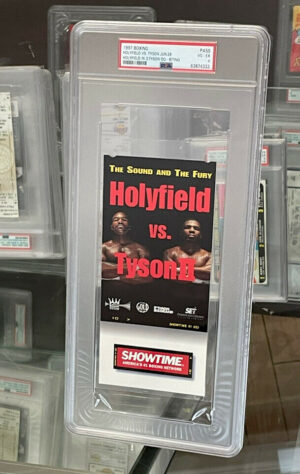 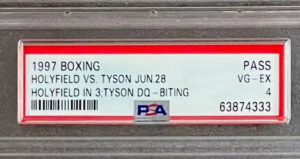 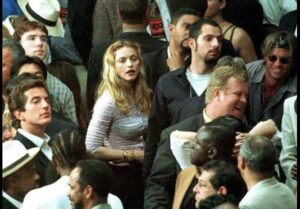 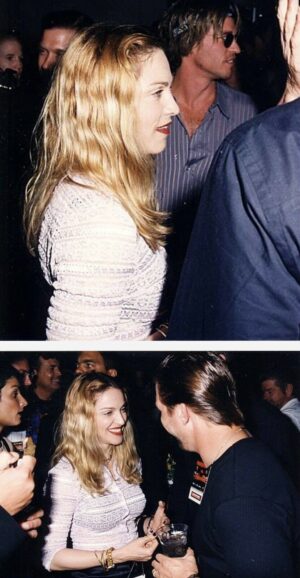 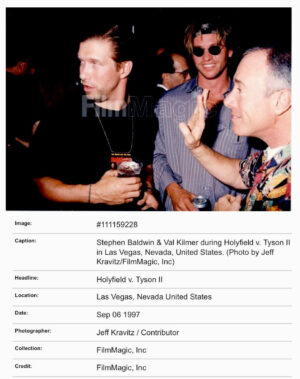 Evander Holyfield vs. Mike Tyson II, billed as the Sound and the Fury and afterwards infamously referred to as (The Bite Fight) was a professional boxing match contested between Evander Holyfield and Mike Tyson on June 28, 1997 for the WBA Heavyweight Championship

Debatably one of the biggest boxing fights in history, after Holyfield beat him in the first match as a huge underdog the world was ready for the revenge fight, and once again Holyfield’s heart out classed Mike Tyson’s power and ultimately ended in a disqualification because Tyson infamously bit his ear off and left a big chunk of it laying on the canvas.

It was a star studded event with celebrities such as Donald Trump, Madonna, JFK Jr, Gregory Hines, Shaquille O’Neal and Val Kilmer were all in attendance.