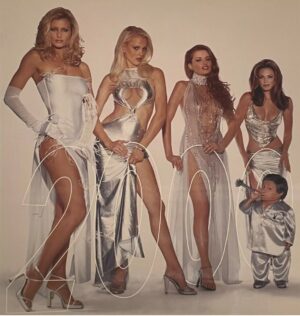 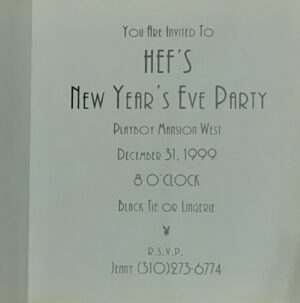 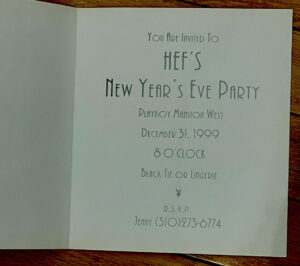 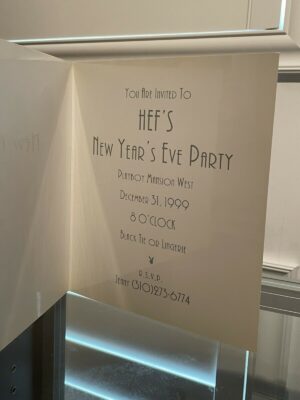 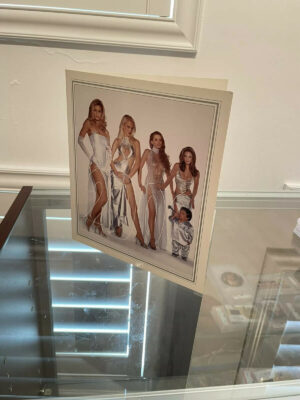 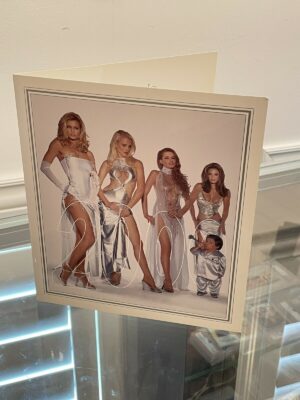 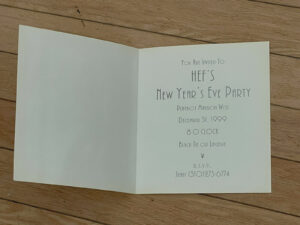 Playboy Mansion Invitation / New Year’s Eve 1999, Black Tie or Lingerie. Exclusive invitation by Hugh Hefner sent to his close friends and selective celebrities to come bring in the new year at his residency, The Playboy Mansion.

The Playboy Invitation featured a mini me version of Hugh Hefner, with Austin Powers being a huge movie at the time, Verne Troyer dressed up like Hef hanging out with a group beautiful women, was more than appropriate, and made an epic invitation.