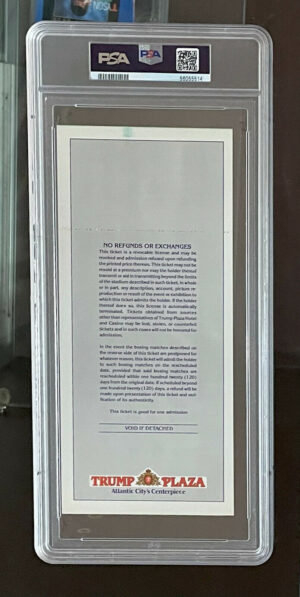 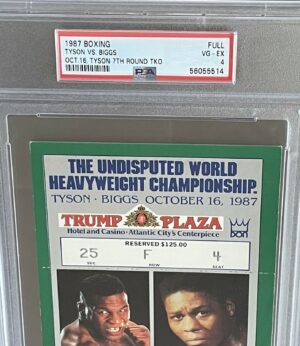 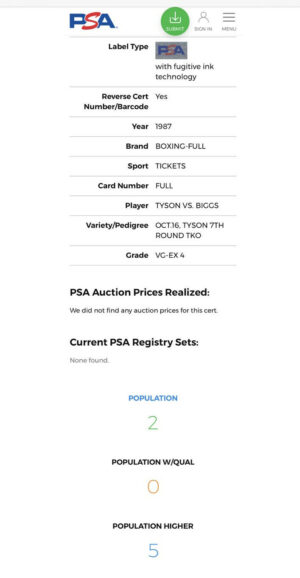 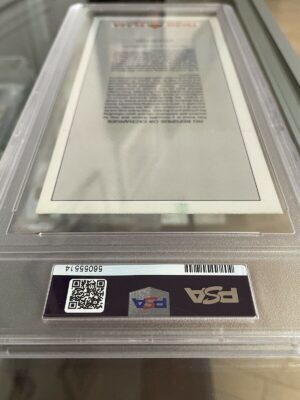 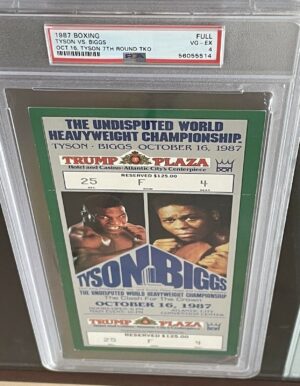 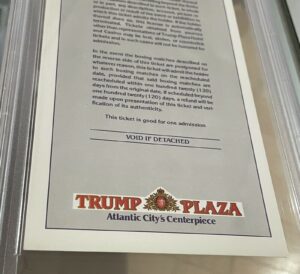 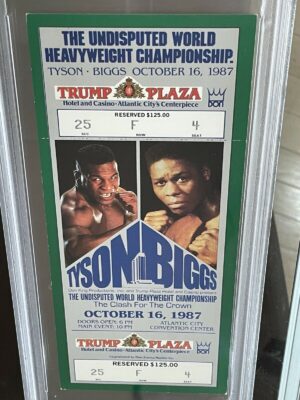 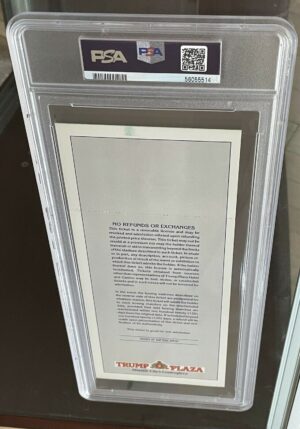 Iron Mike Tyson in his prime, undefeated, undisputed and at the time the most dangerous man on Earth.

Ultra-Rare only 5 in population with a higher grade according to PSA.

According to Mike Tyson’s Book “Undisputed Truth”, Tyrell Biggs dissed Tyson in 1984. When Tyson came to wish the American Boxing Olympic team good luck, a lady came and wished the boxers a good trip. Tyrell Biggs then proceeded to laugh and said “I don’t know about him, but he certainly ain’t getting on that plane” (referring to Mike Tyson not being selected among the American Boxing Olympic Team).

Only two months prior to his match with Biggs, Tyson had defeated Tony Tucker by unanimous decision to unify all three major heavyweight championships and become the Undisputed Heavyweight Champion. Though many had hoped this would lead to a match with Lineal Heavyweight champion Michael Spinks, Spinks remained reluctant to face Tyson. As such, Tyson instead chose to face one of his mandatory challengers, 1984 Olympic Gold Medalist Tyrell Biggs, who was undefeated since turning pro. Prior to their fight, Biggs bashed Tyson in the press, boldly stating among other things “He`s never fought anyone like me. I don’t know this Tyson the way you guys talk about him. I know Tyson from way back when.” Biggs would also promise to use his mobility and superior overall boxing ability against the stronger Tyson stating “He’s strong, but his strength will not hurt me. Every fighter I fight is stronger than me, but as the fight goes on, as I use my mobility and boxing ability, strength is no longer a factor. What will he do then?