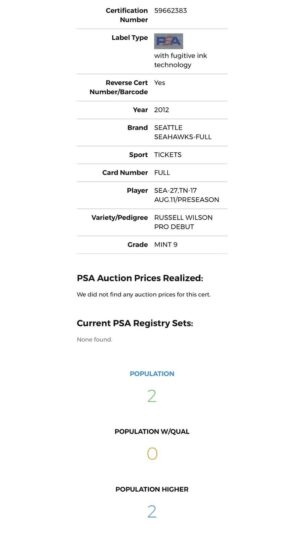 Russell Wilson initially played football and baseball for North Carolina State University from 2008 to 2010 before transferring to Wisconsin. He played college football for the University of Wisconsin during the 2011 season, in which he set the single-season FBS record for passing efficiency, going into his rookie season for the Seattle Seahawks the expectations were very high!