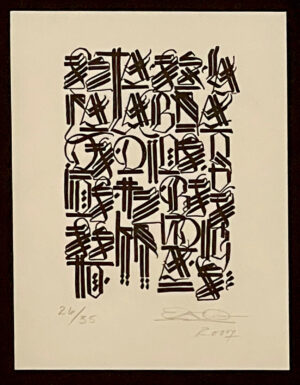 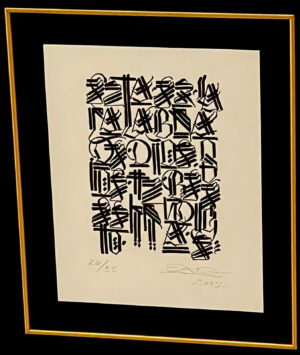 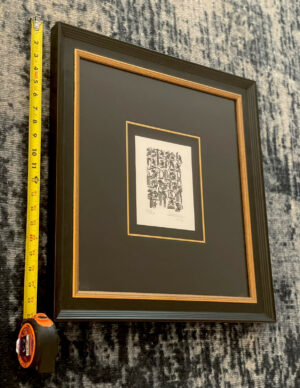 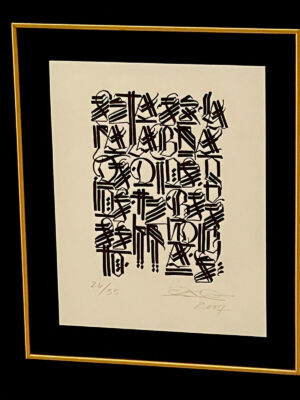 RETNA (born Marquis Lewis 1979) is a contemporary artist, primarily recognized for graffiti art. He was born and raised in Los Angeles, California, and started his career in the early 1990s. He developed a distinctive constructed script which is derived from Blackletter, Egyptian Hieroglyphics, Arabic, and Hebrew calligraphy, as well as more traditional types of street-based graffiti. In addition to exhibiting at institutions and galleries in Los Angeles, Miami, London, New York and Hong Kong, Retna has done advertising work for brands such as VistaJet, Louis Vuitton, and Nike. His artwork adorns the cover of Justin Bieber’s Purpose album that debuted in 2015.