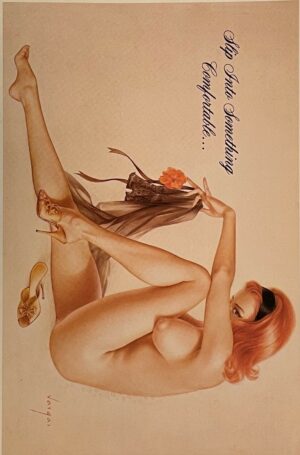 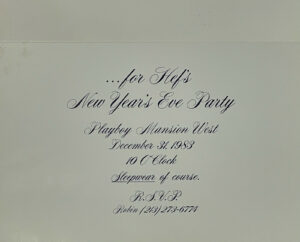 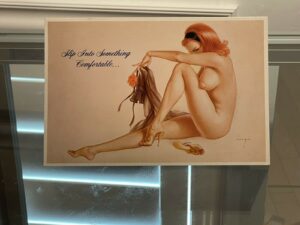 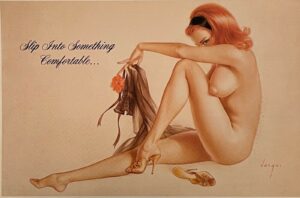 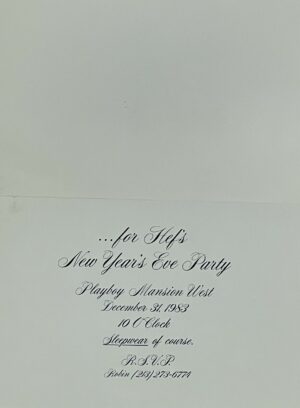 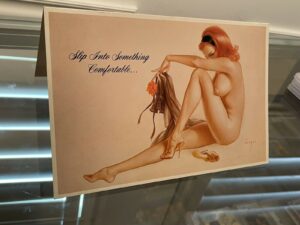 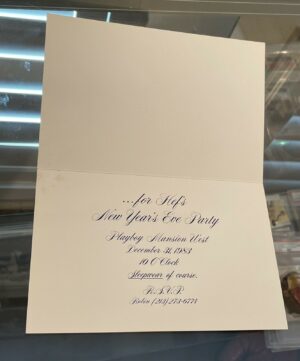 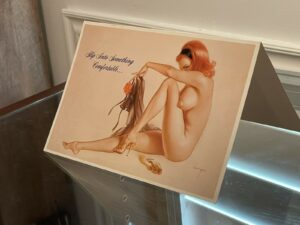 During the late 80’s and early 90’s, Hugh Hefner took a break from throwing his crazy infamous playboy mansion parties. Believe it or not HEF was officially domesticated, while married to Kimberley Conrad, and having two sons…

But word got around fast in the mid 90’s, Hef was single and ready to mingle, and the Playboy Mansion parties were back, and as dreamy as ever!

However the invitations from the 70’s and 80’s are harder to find, and because of the rarity, more expensive and valuable to collectors.

This 1983 New Years Eve party invitation is very rare showcasing the art of Alberto Vargas, with a topless pin-up girl getting ready to put on her lingerie with wording .. “Slip into something comfortable”.

This is an original and exclusive invitation, yearly sent out by Hugh Hefner to his close friends, celebrities and beautiful woman to come party with him in the middle of the summer at his personal residence, the Playboy Mansion.