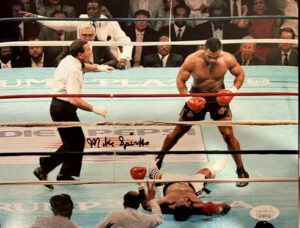 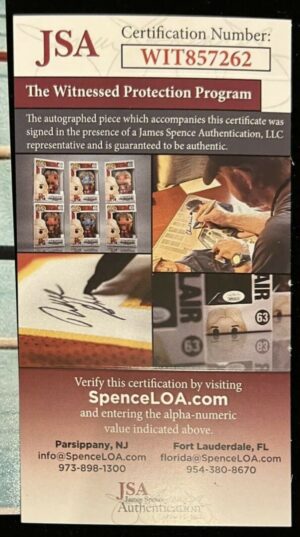 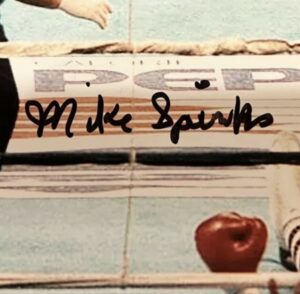 Mike Tyson vs. Michael Spinks was a boxing match which took place on Monday June 27, 1988. Both men were undefeated and each had a claim to being the legitimate heavyweight champion

Autograph by Michael Spinks, Nicknamed “Jinx”, which spawned the nickname of his straight right hand, “The Spinks Jinx”, Spinks is the brother of former world heavyweight champion Leon Spinks, and uncle of Cory Spinks, a former welterweight and light middleweight champion.