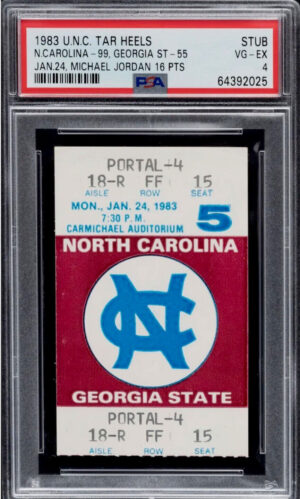 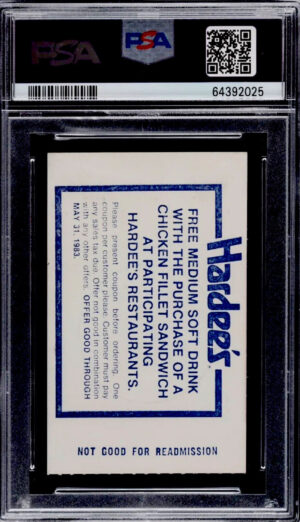 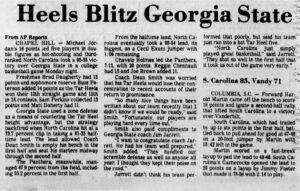 The 1982–83 North Carolina Tar Heels men’s basketball team represented University of North Carolina in the 1982–83 NCAA Division I men’s basketball season as a member of the Atlantic Coast Conference. They finished the season 28–8 overall, tied for the ACC regular season title with a 12–2 record and made it to the Elite Eight of the 1983 NCAA Tournament. They were coached by Dean Smith in his twenty-second season as head coach of the Tar Heels.

This ticket stub has great eye appeal and looks much nicer than the PSA technical grade of a PSA 4.

As of this listing, this is a POP 4 with none graded higher (according to the PSA database).