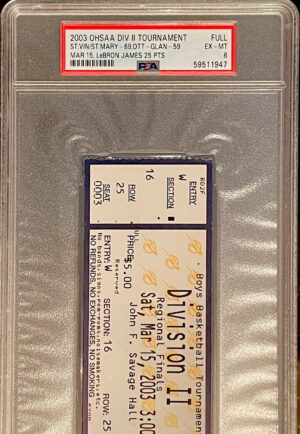 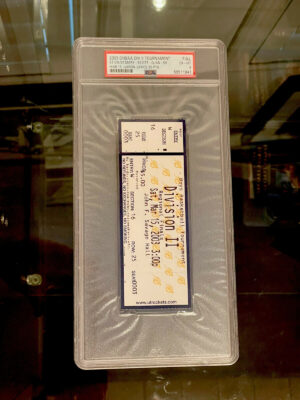 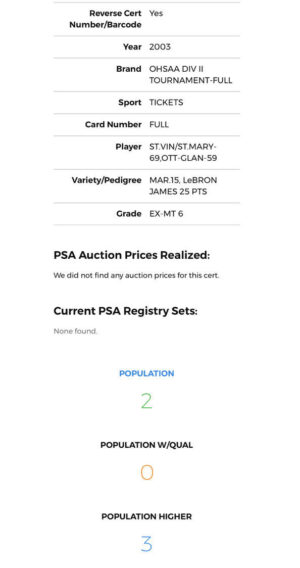 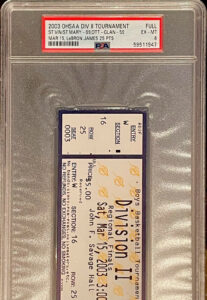 ULTRA-RARE LeBron James Highschool FULL-Ticket (PSA) 6 EXCELLENT. OHSAA Tournament 2003. LeBRON scored 25 Points! Only 2 in population & only 3 with a higher grade according to PSA.

This tournament had a bigger turnout than most college games, James played basketball for St. Vincent–St. Mary High School in his hometown of Akron, Ohio, where he was heavily touted by the national media as a future NBA superstar. A prep-to-pro, he was selected by Cleveland with the first overall pick of the 2003 NBA draft.