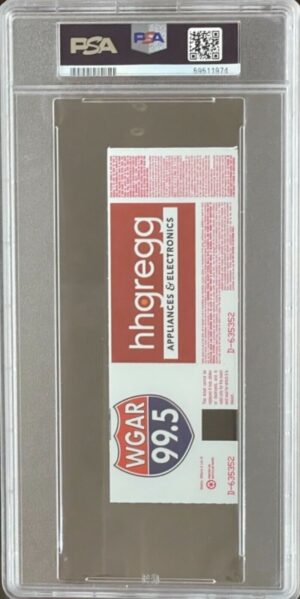 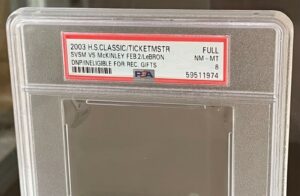 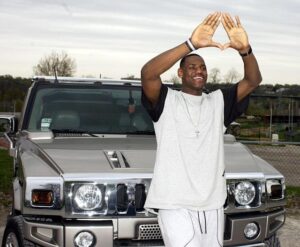 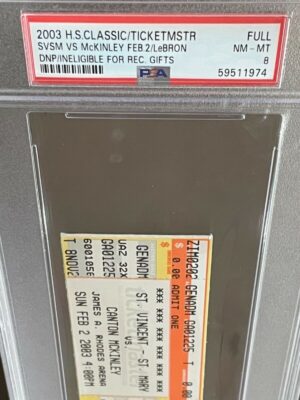 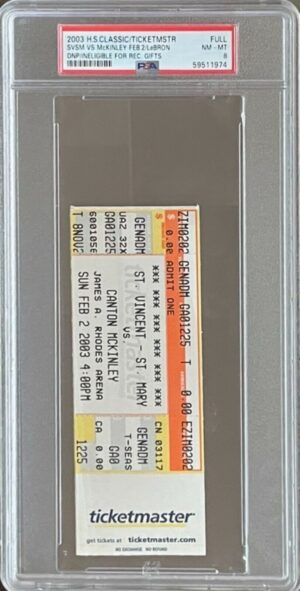 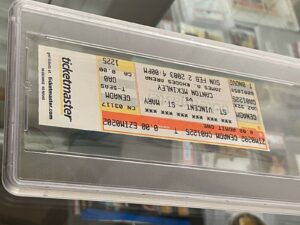 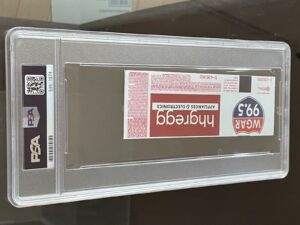 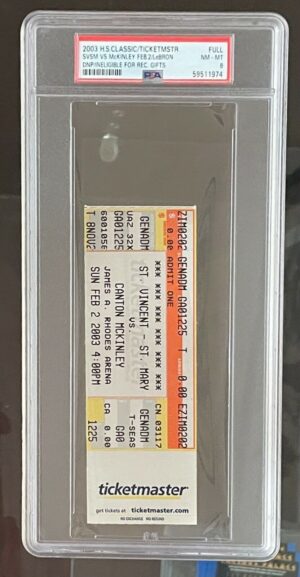 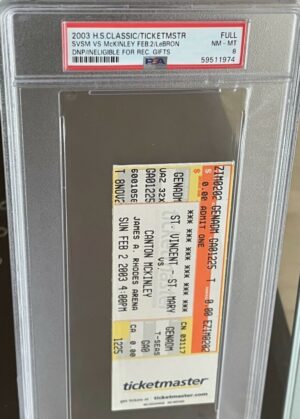 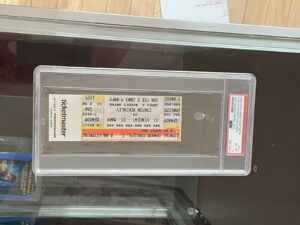 LeBron James High School Ticket , Suspended for receiving gifts, Ruled ineligible and did not play, SVSM vs. McKinley Feb 2, 2003. Graded and encapsulated by (PSA) 8 NM-MINT. ULTRA-RARE / The Only 1 in population according to PSA.

James, a three-time Ohio Mr. Basketball and the No. 1 pick in the 2003 draft, was the subject of scrutiny during his high school career, as critics believed he was pursuing a professional lifestyle while still an amateur. He was briefly suspended by Ohio high school regulators when he accepted multiple throwback jerseys worth less than $1,000 during his senior season at St. Vincent-St. Mary, but it was the Hummer that stood as the symbol of James’ unique status among his classmates. Gloria James reportedly secured a loan from a bank in Columbus to obtain the vehicle, even though she had lived in public housing, and regulators were concerned that James had been gifted the vehicle illegally by an agent or some other outside party.