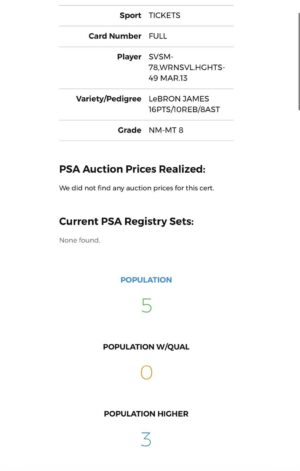 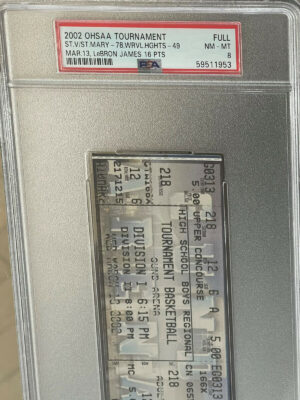 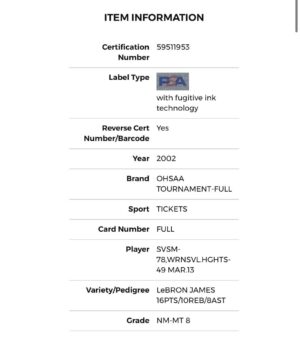 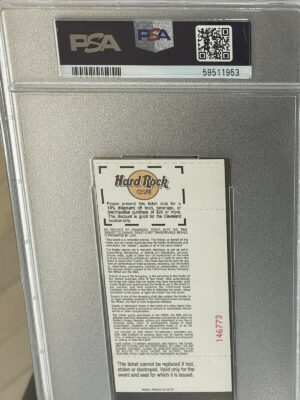 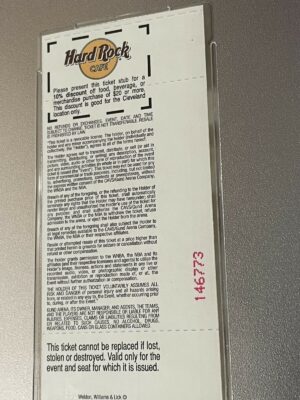 LeBron James got a taste of what his future holds Wednesday night _ and loved almost every minute.

The largest crowd ever to see a high school basketball game in Ohio _ 20,562 fans in a sellout at the Cleveland Cavaliers’ arena _ watched the 17-year-old prodigy help Akron St. Vincent-St. Mary to a 78-49 regional semifinal victory over Warrensville Heights.

“I liked it, it was great,″ said the junior who has inspired talk of entering the NBA draft before high school graduation.

Scalpers outside Gund Arena got up to $50 for a $5 ticket to see the 6-foot-7 guard, who was featured on the cover of Sports Illustrated three weeks ago with the headline, “The Chosen One.″

“I just make sure my team doesn’t lose,″ said James, who had 16 points, 12 rebounds, seven assists, six blocked shots and countless standing ovations. “Anytime I need to score, I can score.″

When the Fighting Irish (21-3) did not score for the first 3:12 of the second half, James simply drove past his defender and dunked.

He had five points, six assists and three blocked shots by halftime as the Irish opened a 43-25 lead.

About the only thing that annoyed James was a lack of respect from the losing Tigers (23-2) and their fans.

In a two-minute span with the game well in hand, James broke loose for a thundering slam dunk, ignored another chance to dunk by feeding Chad Mraz for an easy layup, swished a 3-pointer from well beyond the NBA line, and swatted away two more shots at the other end.

“I did that and one of their guys said they still didn’t respect my game,″ James said. “I just laughed.″

Coach Dru Joyce said his players got fired up when they heard Warrensville students chant, “Bring on LeBron!″ earlier in the week.

“Sometimes you should be careful what you ask for,″ said Joyce, who replaced Keith Dambrot as coach this season.

The crowd got what they wanted. Having performed, James left with 3:36 to play and a 69-38 lead. As if on cue, thousands deserted the arena.

Travis, who made 14 of 16 shots from the field, credited James’ mere presence for his own success.

“When they key on LeBron so much, I had better make those shots,″ said the 6-foot-6 junior forward who also had 11 rebounds. “I was determined to make every easy putback.″

The Fighting Irish moved within three wins of a third straight title _ their first in Division II. The school moved up from Division III this season after winning two straight championships.

Akron will Saturday in the regional final at the University of Toledo.