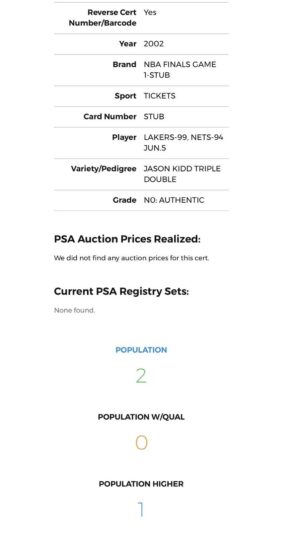 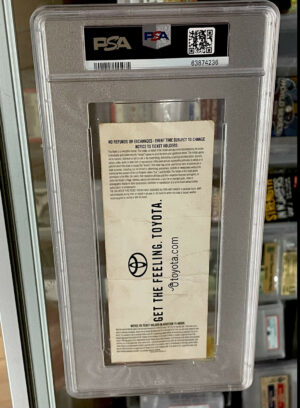 Only 2 in population and only 1 with a higher grade according to PSA.

Los Angeles’s Staples Center sold out for the inaugural game of the 2002 NBA Finals 2002, with nearly 19,000 on hand. The Nets trotted out a lineup of Kidd, Kittles, Martin, Van Horn and MacCulloch to hold up against the two-time defending and heavily favored champions. The Lakers brought out Derek Fisher, Rick Fox, Shaquille O’Neal, Robert Horry, and Kobe Bryant, who drew the assignment of guarding Kidd. New Jersey head coach Byron Scott, a member of the Showtime Lakers, received a standing ovation.