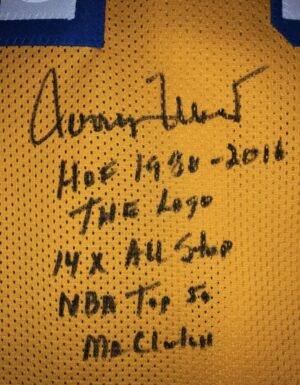 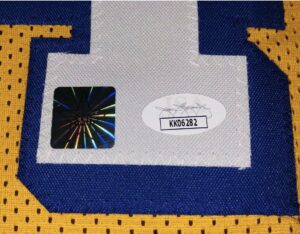 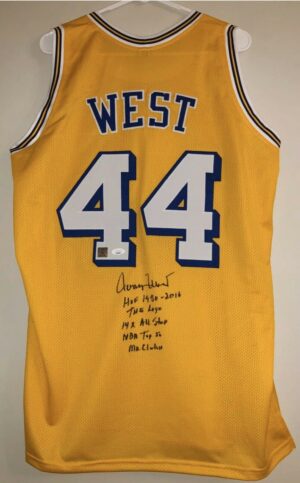 He signed this jersey on the back along with multiple inscriptions in black paint pen. The jersey is a Men’s size XL. Jerry West added the inscriptions: 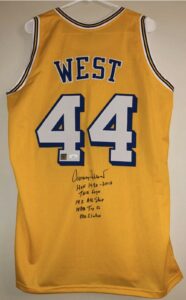