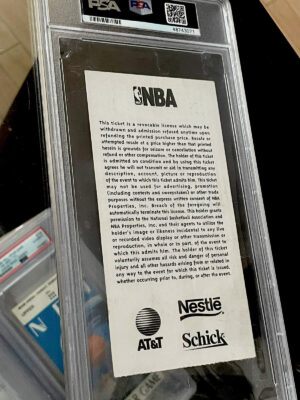 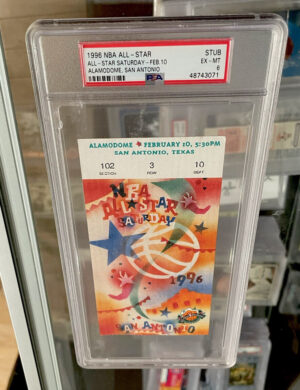 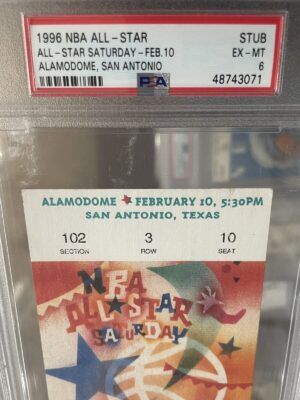 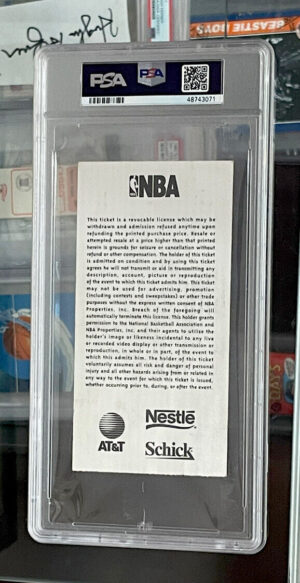 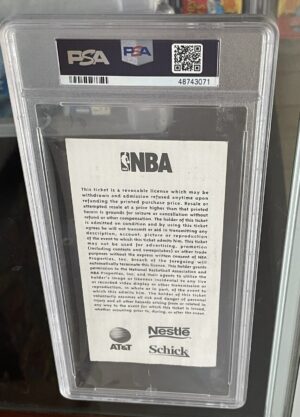 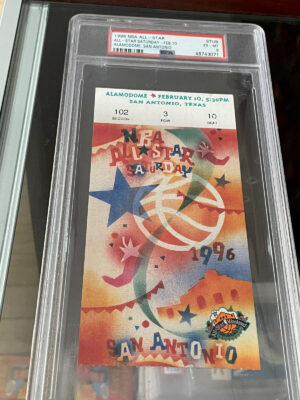 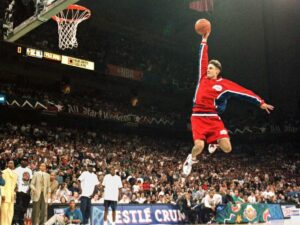 Only 1 in Population According to PSA.

This game was the first All-Star game that Michael Jordan played in after returning from his first retirement. He scored 20 points, 4 rebounds and 1 assist shooting at about a 73% average for the game. Shaquille O’Neal, scored 25 points with 10 rebounds to lead the East in scoring and rebounds. For the West on the other hand, Jason Kidd was the assist leader with 10 assists in his first All-Star Game appearance. The scoring leaders for the West were David Robinson and Gary Payton with both players contributing 18 points respectively. The East won the game with a score of 129-118. Although there was a great deal of controversy with fans saying that Shaquille O’Neal deserved the award, Michael Jordan ended up receiving the All-Star game’s Most Valuable Player.