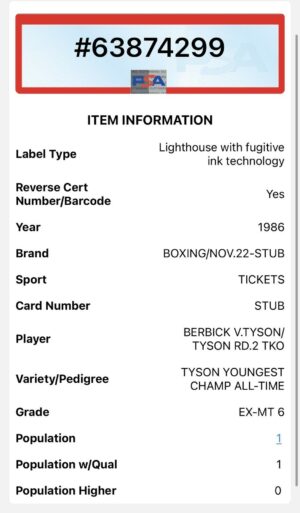 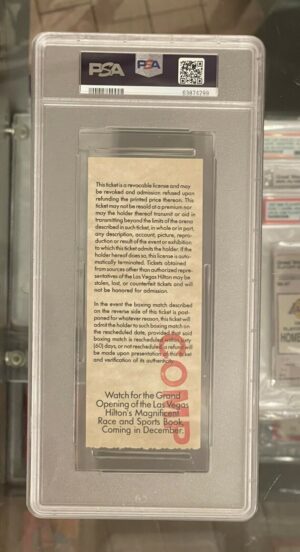 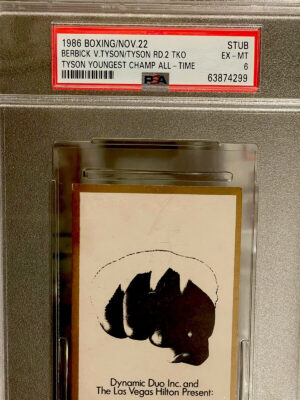 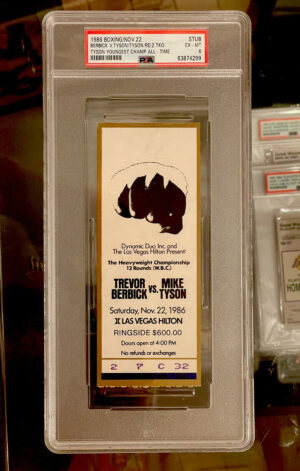 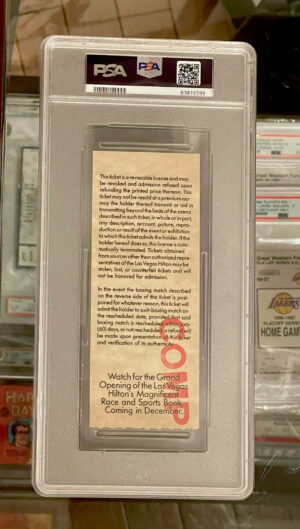 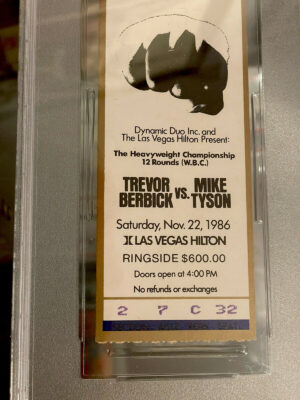 Mike Tyson completed his rise to superstardom by destroying Trevor Berbick in two rounds to capture his first slice of the heavyweight championship. In doing so, “Iron Mike,” at 20 years 150 days, became the youngest boxer ever to win a widely recognized heavyweight title belt.

Only 2 in population according to PSA.