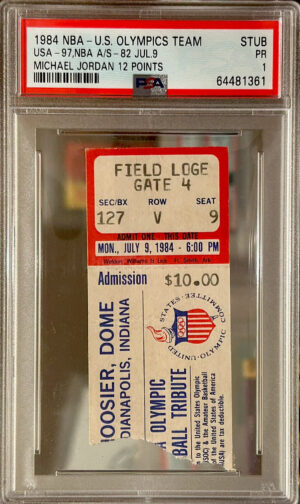 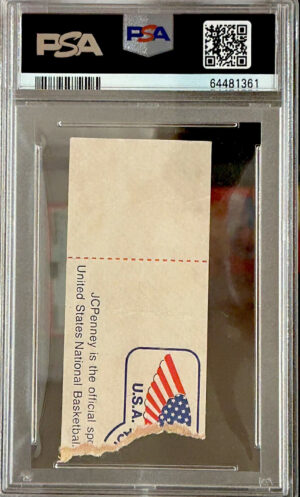 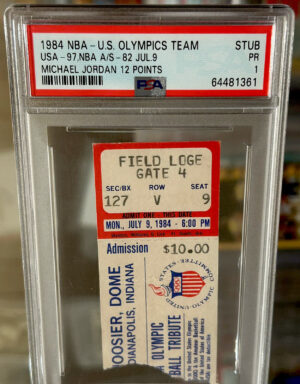 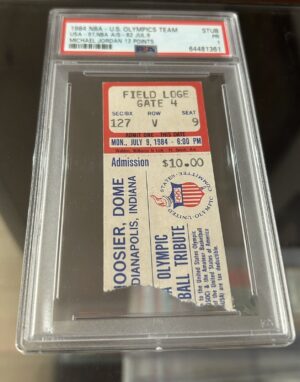 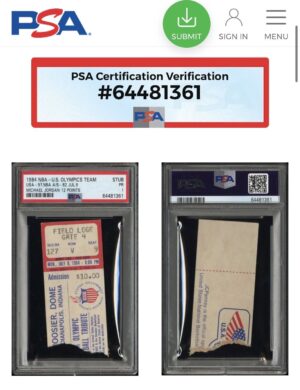 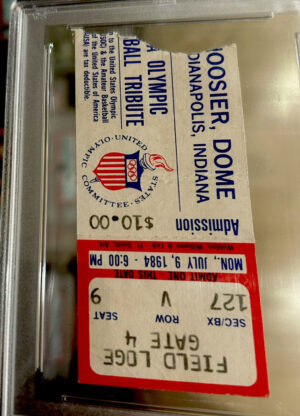 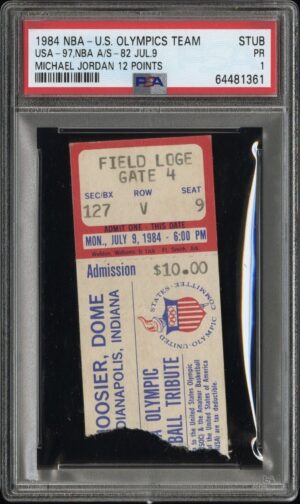 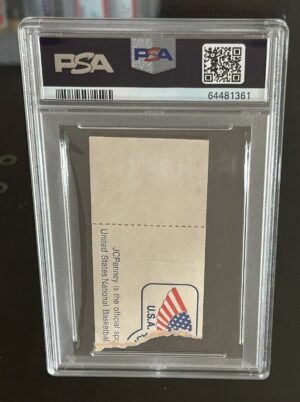 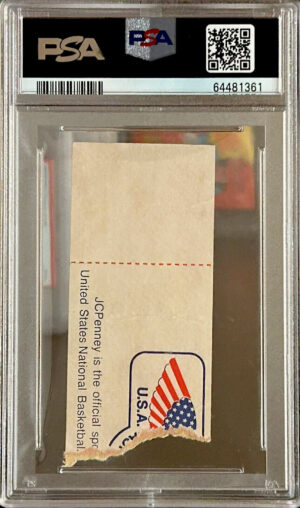 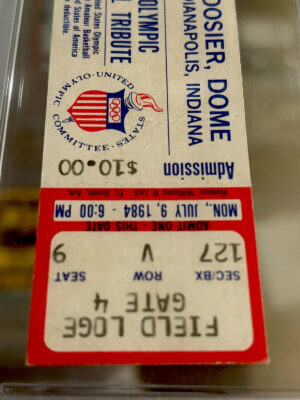 ULTRA-RARE 1984 Olympics Ticket Stub / Michael Jordan scored 12 points and if you watch the highlights online a superb vintage breakaway dunk which lit up the crowd, and at the time was the largest indoor basketball crowd to be held at an event in American history!

The USA’s senior men’s team, was led by coach Bob Knight, who was also the head coach of the Indiana Hoosiers at the time. The team won the tournament’s gold medal. It was the last amateur level U.S.A. team to win an Olympic gold medal in men’s basketball. The team was considered to be one of the strongest in U.S.A.’s history at that time, as it featured four of the five 1984 consensus first team All-Americans, in Michael Jordan, Patrick Ewing, Wayman Tisdale, Chris Mullin and Sam Perkins.

Indiana Olympic basketball tribute college stars vs NBA stars exhibition game ticket stub from July 9, 1984 at the Hoosier Dome. The college all-stars beat the NBA all-stars by a score of 97 to 82.