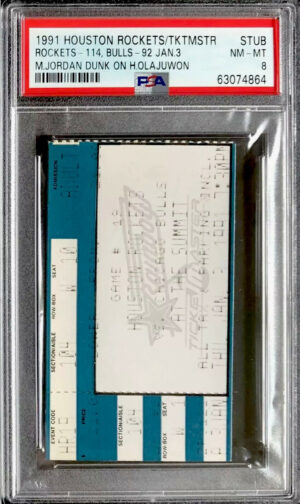 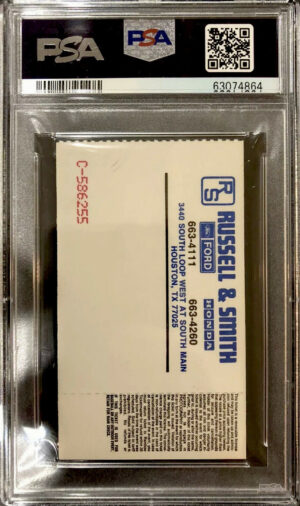 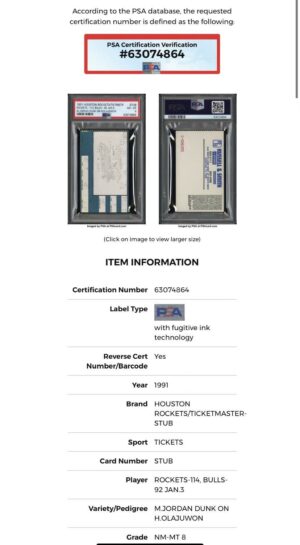 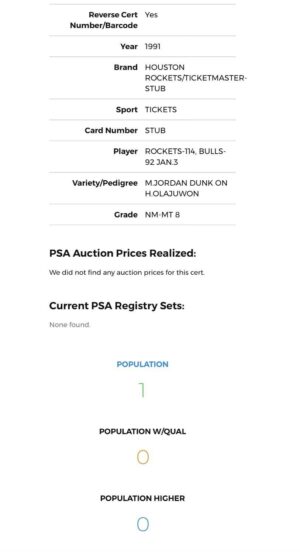 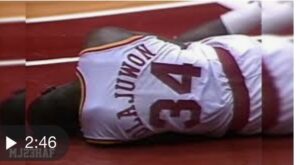 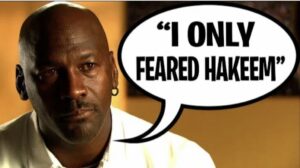 Michael Jordan Dunks on Hakeem Olajuwon / Chicago Bulls vs Houston Rockets ticket. (PSA 8) NM-MINT / Only 1 In Population according to PSA.

The Michael Jordan and Hakeem Olajuwon rivalry runs deep even tho they never did matchup in the NBA Finals, Hakeem was the #1 draft pick over Air Jordan in 1984, these 2 players are not only the best players of that ERA but debatably of all time.

During this game Hakeem took an elbow in the eye suffering a blowout fracture of the bones that surround the eyeball and forcing him to miss the Rockets’ next 25 games, this was defiantly the scariest moment of his career as he was carried out in a stretcher.