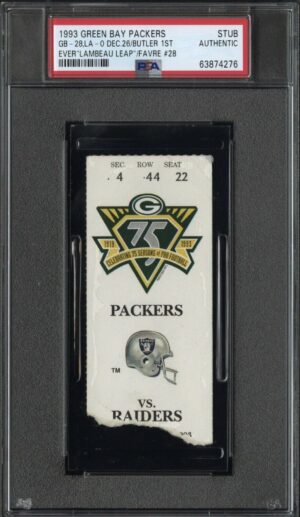 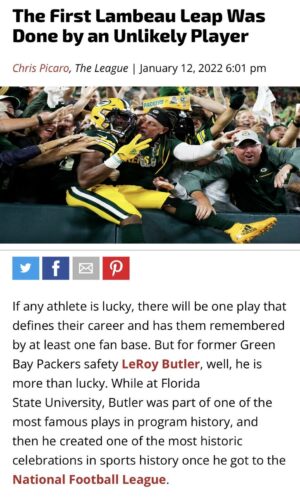 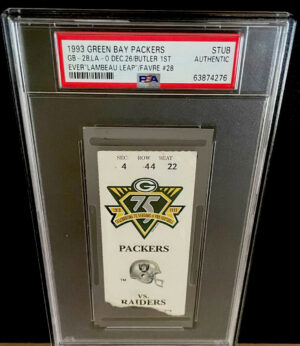 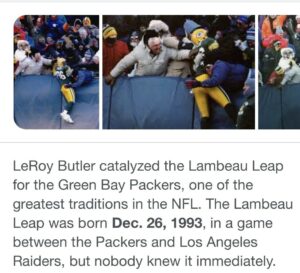 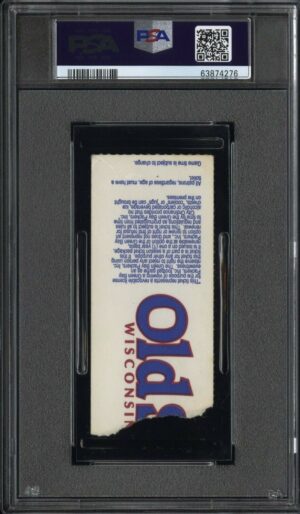 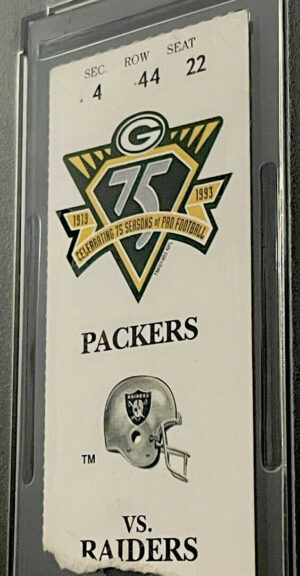 The Lambeau Leap was born Dec. 26, 1993, in a game between the Packers and Los Angeles Raiders, but nobody knew it immediately. There was too much else to consider from the brutally cold game at Lambeau Field in Green Bay, a 28-0 win that featured wind chills of 22 degrees below zero, marking the second-coldest game in stadium history at the time. In the process of securing the shutout, the Packers also clinched a playoff spot for the first time in 10 years, the front end of what would become a three-decade march of excellence.

But in short order, LeRoy Butler’s jump into the stands behind the south end zone became recognized as a key moment in Packers history. And nearly 30 years later, Butler is once again on the cusp of being voted into the Pro Football Hall of Fame as a finalist to be one of the five modern-day enshrinees (the 2022 class will be revealed Thursday night). His leap is a major part of his Packers legacy.

The Greatest tradition “Celebration” in all of sports history!