King Saladeen is taking the world by storm, the modern day Jean-Michel Basquiat. Philadelphia’s favorite street artist, from beautiful murals covering the city to painting race cars, it’s hard not to be in ahhh of his original and unique style, Pop-Urban Art and it’s finest. 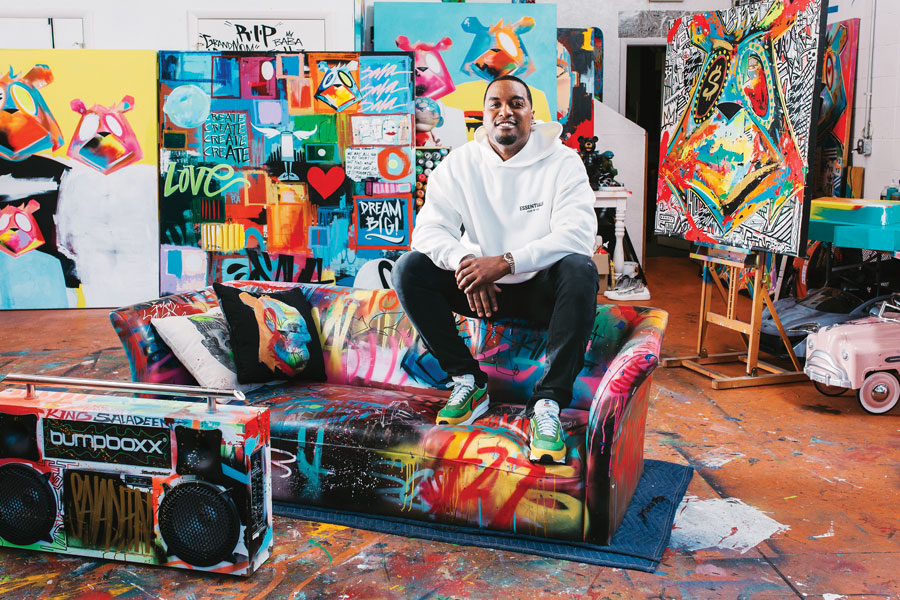 Coming from the harsh realities of life in West Philadelphia, Raheem Saladeen Johnson otherwise known as King Saladeen, took it upon himself to grasp at true happiness within his life and those around him even when things may have looked bleak. The idea that there are three things necessary for a person to be happy in this world is a concept that this young visual artist can readily accept as his someone to love, something to do and something to hope for have all revolved around his obsession for the arts since an early age. Since the age of 5 Saladeen’s passion for the arts has been a consistent part of his life, with the young budding artist drawing on whatever he could get his hands on from paper to walls. Having been raised in a tough urban environment where artistic outlets were few and far between, Saladeen instead turned his attention to basketball where he shined and became a force to be reckoned with while a high school athlete. His efforts brought him to numerous places across the country where his eyes were opened to the landscapes, shapes and colors that were vastly different than what the kid from Philly saw in his typical day to day. These opportunities allowed him to daydream on a greater scale and be influenced and inspired in a way that has stuck with him to this very day. 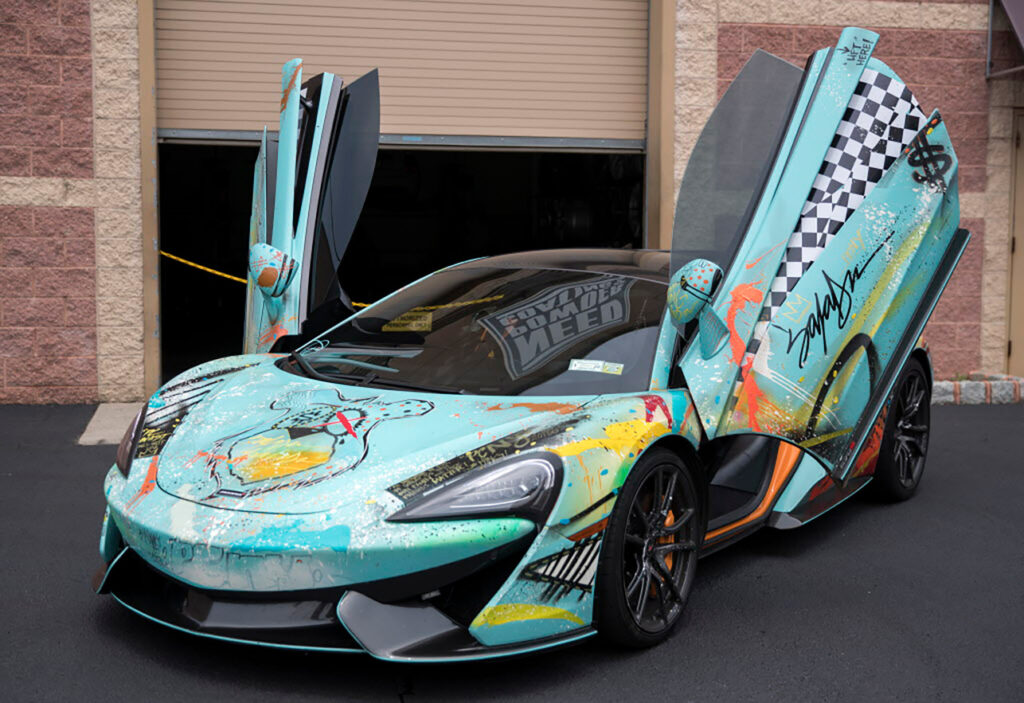 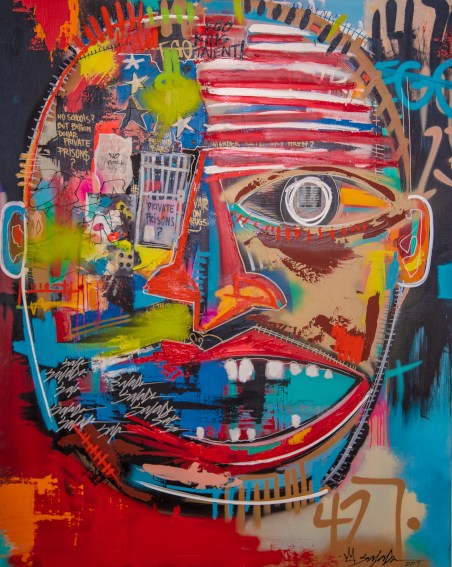 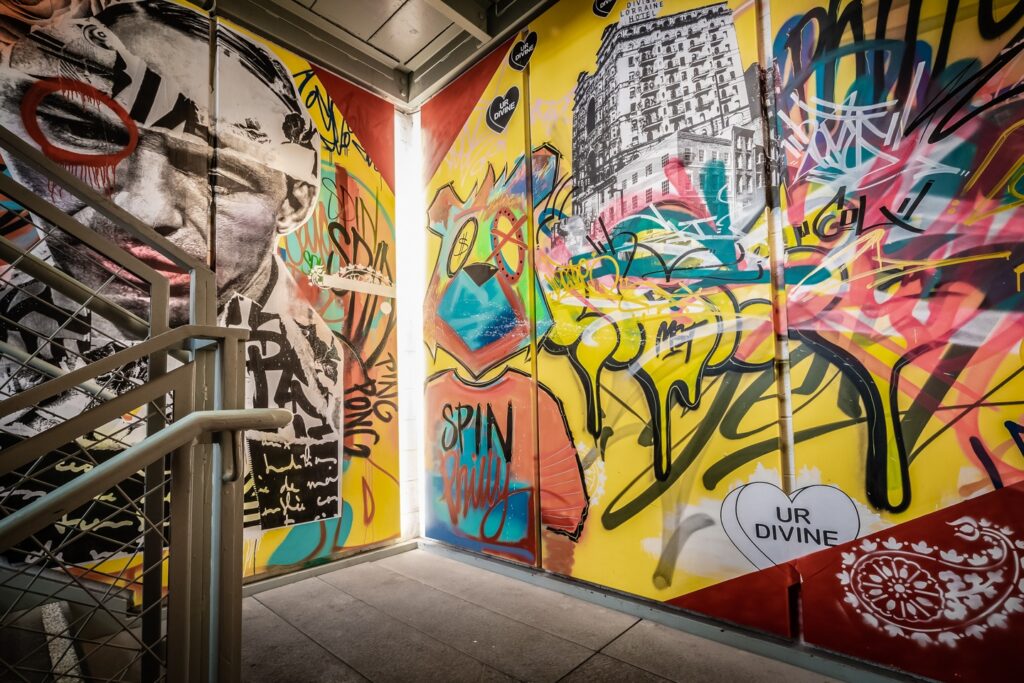 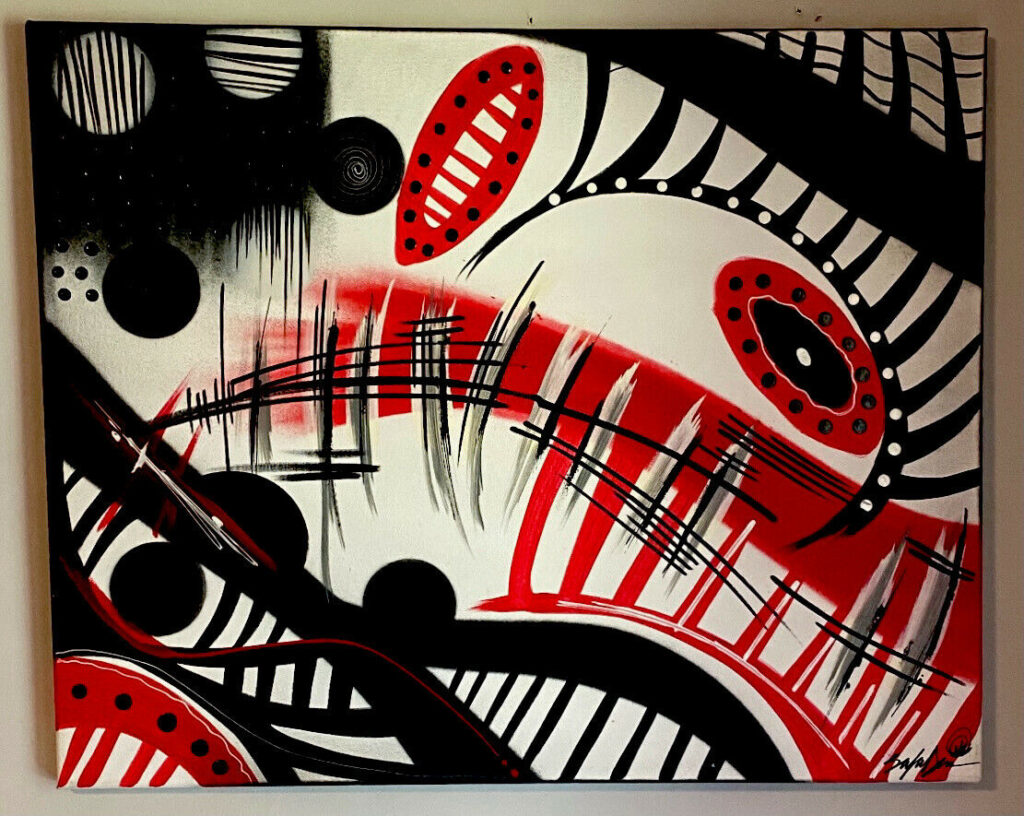 Original Painting 2013 (Early Work) before he became renown and one of today’s most sought after modern day street-artists. (Click Here)